It’s been an epic year for adidas and Ben Herath, designer of the Ultra Boost.

In 2013, adidas set out to reinvent running with the introduction of Boost technology. The first member of the Boost family was the Energy Boost followed by the Energy Boost II, Pure Boost, and other Boost creations.

It was announced at the Energy Boost unveiling event that adidas would implement Boost into other categories. adidas eventually introduced Boost to basketball, training, skateboarding, Y-3 models, and the ultra popular Yeezy Boost.

However, the shoe that really took Boost to the next level was none other than the Ultra Boost. If you were to ask anyone from adidas about Ultra Boost, they would simply tell you: “It’s the greatest running shoe ever.” adidas didn’t shy away from making that bold statement when they unveiled the shoe in New York at the beginning of the 2015.

When you make the “greatest” claim you have to be extremely confident in your product and ready for any backlash that comes your way. As for adidas and the Ultra Boost, the product proves to be next level in comfort. Most of the backlash comes from people who can’t seem to get a pair in their desired colorway due to the high demand.

There’s a reason people are saying the Ultra Boost is the shoe of the year.

Grabbing the attention of runners is a difficult task, mainly because once a runner finds a shoe that works for them, they are committed and loyal to that shoe. The most amazing part is that adidas impressed runners, but they also were able to make a lasting impression on the fashion/lifestyle consumer.

With the help of adidas’ biggest and most influential brand ambassador, Kanye West, a $180 PERFORMANCE shoe is now a must have for casual wear. One of the main reasons is because many people have been seeking out a lightweight shoe with the perfect balance of comfort, sleek design, and versatility. Unlike Sway, the adidas Ultra Boost has the answers.

It really comes down to comfort with the Ultra Boost. That’s the number one thing that won so many people over. It’s hard to explain the bouncy comfort Boost provides paired with Primeknit. Honestly, you have to try a pair on for yourself to see the light.

Since the year is coming to an end, I thought it would be the perfect time to catch up with the designer of the Ultra Boost, Ben Herath, to get his thoughts on the impact his design made this year.

Read the interview below as Ben and I discuss everything from his favorite Ultra Boost colorway to Kanye’s influence to whether or not an Ultra Boost 2 is on the way, and more!

TSG: First off, congrats on designing what a lot of people are calling the best shoe to release in 2015. How does that make you feel?

Ben: Thank you for the kind words! It really is an incredible feeling. It’s amazing to see how well people have responded to the Ultra Boost, especially after spending two years working on the shoe. It’s an amazing sense of pride to see how well its been received.

TSG: Of course you were confident in your design, but did you have any idea the shoe would be this popular?

Ben: When we started creating the project, we really wanted to create a new experience for runners. I think with every prototype we tried and we put on, our confidence grew and we started to realize we were on to something. Everything was coming together to create this ultimate experience that we were after. It’s been really great to see the reaction of people, runners, and athletes out there.

Ben: The greatest for us really meant taking the greatest technology and the greatest innovations we have, and putting them together in one shoe to bring the greatest running experience. For us that meant bringing together Boost and Primeknit together with all the components of the shoe in a new way that would work as a cohesive system. We also had a new innovation with us, a secret weapon used by NASA to check the improvement of aircraft wings and the stress and the strain on them. We took that machine and we applied it to the human body, and with that we were able to really learn how the foot moves, how it adapts with every step. We took all of that information and put it into the design so that every part of the Ultra Boost works together, in harmony with the foot. So it really does feel like an extension of the body. All of this together created what we call the greatest experience.

TSG: How long did it take you to complete the final design?

Ben: It was about two years in the making since we launched the first Energy Boost. But we’ve been working with Boost for five or six years now. I think with every Boost prototype we make, we learn something new. It’s really a combination of many years of working with Boost and all our of shoe making experiences. 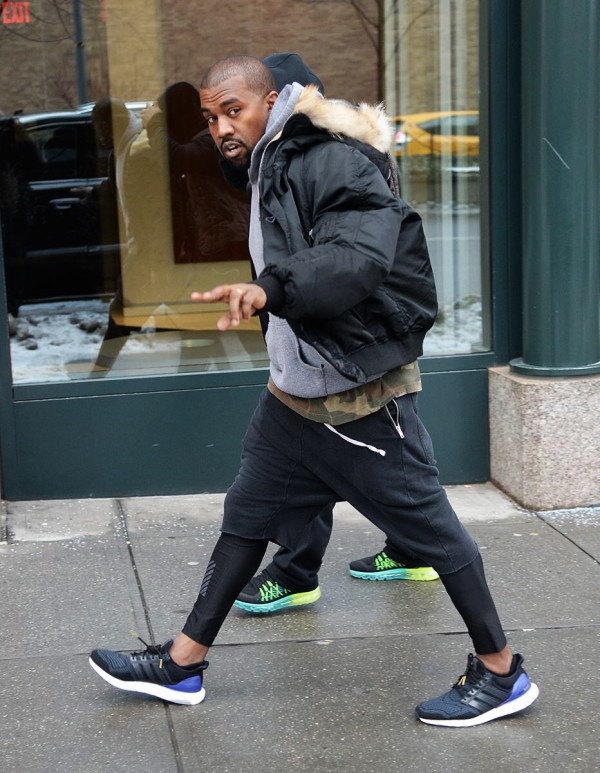 TSG: As you probably know by now, the Ultra Boost isn’t just a running shoe, it’s a go to shoe for fashion lovers and sneaker freaks, thanks to Kanye West. Did you see that coming and how do you feel about that?

Ben: No. Actually, it’s a surprise to all of us how quickly this has happened. We built the shoe from a performance angle and everything in there is around performance. To see it move beyond that as well and the speed at which its done that is really surprising. 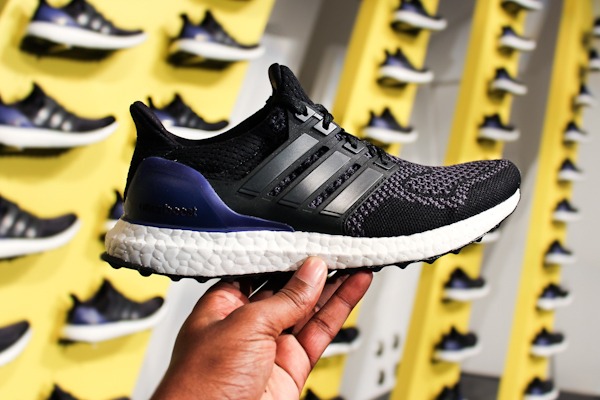 TSG: I love the overall fit, exposed thick Boost, and heel tab. Is it going to be impossible to top this feel and comfort?

Ben: Well, we definitely set the bench mark really high with the Ultra Boost. The whole way through the creation of that shoe we were measuring a sense of ourselves against how it feels. It’s pushing everything we know about comfort. That’s a tough bench mark we set for ourselves but we are constantly pushing ourselves and evolving. We take that on as a challenge, and what you will continue to see is us push the boundaries even further.

TSG: Speaking of topping this shoe, can we expect an Ultra Boost 2 in 2016?

Ben: [laughs] I’m not sure I can reveal too much right now. What I can say is we continue to evolve and explore. We’re excited about how Ultra Boost has resonated out there, and we realize a lot of people love the shoe. So we are going to continue to launch great new colors with the Ultra Boost, and you’ll see us explore and evolve some of the materials that we are doing with Ultra Boost. Also, we’ve got a few surprises that I can’t wait to share next year.

TSG: For all the runners out there, how long will a pair of Ultra Boost last before it’s time to get a new pair?

TSG: Before I let you go, I have to ask what’s currently your favorite colorway?

Ben: That is a tough one because since working on the Ultra Boost for such a long time, I can’t wear anything else now and it’s tough to find other shoes I have. I think I got about six colors right now in rotation I wear. But I have to say the shoe I couldn’t take off all summer is the triple white. I think these ones are just super clean and those are the ones I’m most proud of. I’m out there cleaning them and I love this one. I have to say with every launch and every color that comes out, I’m like, oh man, I’m going to have to get that one too! I think I’m going to need a bigger shoe closet to hold all of them.

TSG: Is there anything else you would like the world to know about Ultra Boost?

Ben: I could talk for hours on Ultra Boost, days even! I really want to encourage anyone that hasn’t tried on an Ultra Boost yet to give it a go themselves and try the shoe on and see what they think. We designed the shoe for how it feels, and I think we’ve done something pretty incredible with that. I just love to hear the reaction of people out there who try it for themselves to see what they think.