Chance The Rapper is no longer a hidden gem, thanks to his feature on Kanye’s The Life of Pablo and his new Coloring Book mixtape, which is available for free download via Apple Music/iTunes.

I’m literally listening to the interview while I work, and then I came across a photo Zane posted of him and Chance. Besides his musical talent, I don’t know much about Chance’s fashion choices, but I was caught off guard to see him rockin’ the Bape x Undefeated x adidas ZX 5000. 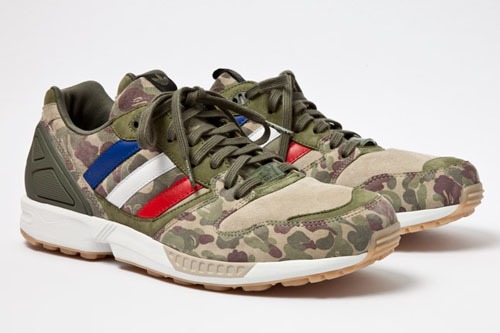 It’s no secret, I’m a mothalovin’ sneaker nerd, so I’m always on full creep mode looking down at people’s feet. Let me find out Chance is a sneaker guy. As if he needs another reason to be liked. Ha!

For those who are clueless about CTR, let me put you on game.

Chance The Rapper is a Chicago native who started making noise a few years ago online, courtesy of his 10 Day mixtape and YouTube videos. He later dropped his classic Acid Rapmixtape in 2013. After Acid Rap, he was no longer considered underground because that tape got him a lot of mainstream looks.

Do yourself a favor and listen/download Acid Rap. You’re welcome! His voice may take some getting used to, but you’ll be okay.

Also, listen to his interview with Zane Lowe below.