As we prepare to close out 2016, Ronnie Fieg went on record to let the world know he’s not done yet.

In fact, he said these exact words: “Saved the best for last. Soon.”

Talk about a dude who murdered 2016… and he still isn’t done yet. Geez! We all know the adidas Ultra Boost is the hottest new model the game has seen and WORN in years.

That said, it was only a matter of time before Ronnie used the popular runner as his canvas for another Kith project. However, no one could have guessed that he would rework the model by creating the first Ultra Boost Mid.

To be honest, that shouldn’t be shocking because his resume is well known for reworking models, but no one can honestly say they were expecting a Mid version of the Ultra Boost, especially when most collaborators aim for Uncaged or premium material upgrades.

Ronnie didn’t confirm the release date yet, but he will release the date soon since he decided to make the “Best for last” announcement. Also expect more looks very soon!

Did Ronnie save the best for last? Are you going after a pair? Do you want a pair under the Christmas tree?

UPDATE 12/20/16: Here’s the final update! Ronnie Fieg released info regarding everything you need to know about the Kith adidas Ultra Boost Mid. They drop this Friday, December 23 at midnight 12am EST on KithNYC.com. The Ultra Boost Mid is $210 and the Trail Boost is $160.

Ronnie Fieg’s story with Adidas began 2016 with the release of their collaborative Tubular Doom model in January, and it now ends with a duo of exciting new models, including an all-new silhouette.
Fieg worked closely with the Three Stripes over the course of a year to develop a completely new silhouette design – the UltraBOOST Mid. After multiple trips to Adidas’s headquarters in Herzogenaurach, Germany and extended communication, Fieg and Adidas were able to fabricate a completely original interpretation of the UltraBOOST. This heightened variation maintains the same performance sensibilities as its predecessor, but instead opts for a variety of detail modifications for a more luxurious approach. First, the collar features a ribbed sock-like appearance for a snug fit, while additional padding locks the wearer’s foot in place for a sturdy ride. Next, the upper is cage-less, instead opting for taped panels that create a subtle branding nod. Another first for Adidas is the all-over multicolored Primeknit upper, which utilizes a seasonal palette for the winter climate. The Primeknit is made from a wool-blend fabric for the winter, and is executed in a much denser knit than normal to retain warmth. Other details include added heel pulls for increased accessibility, matte white heel cups to complement the white BOOST™ midsole and tonal Continental outsole. Lastly, the laces are created from the same multicolored Primeknit to match the upper perfectly. 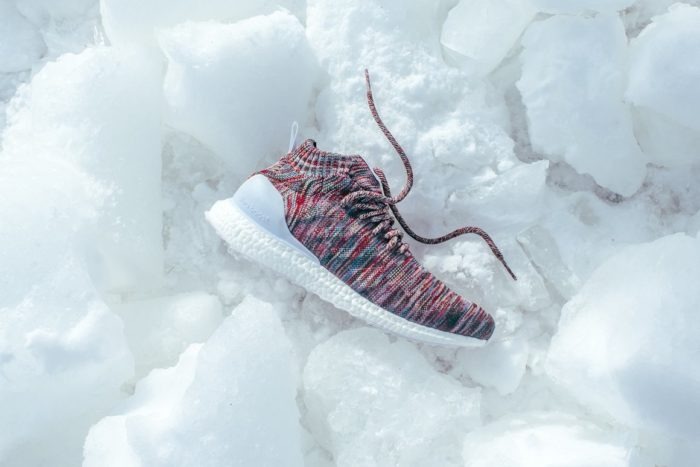 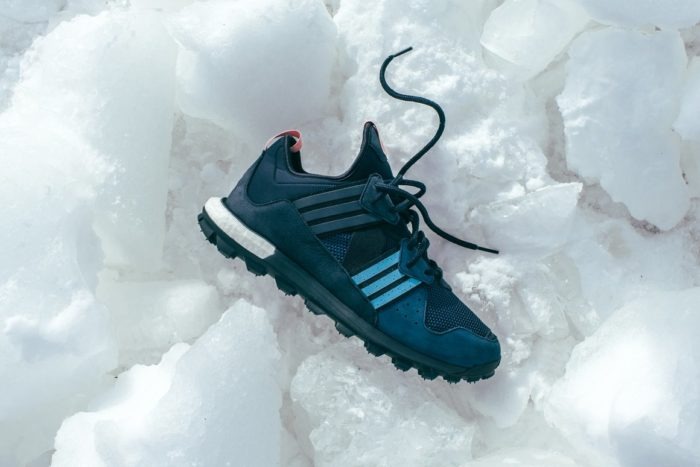 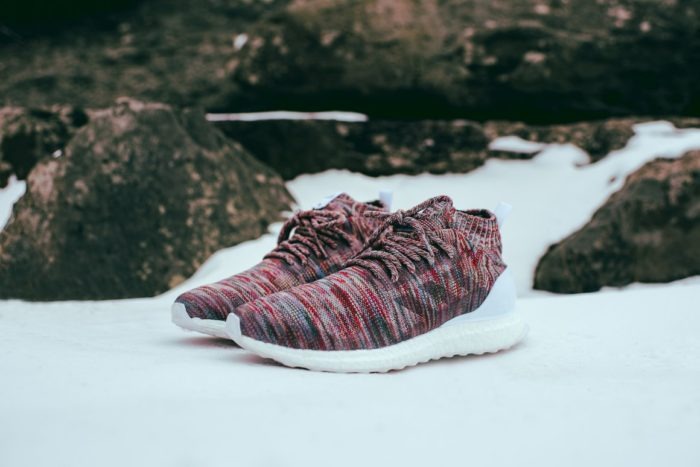 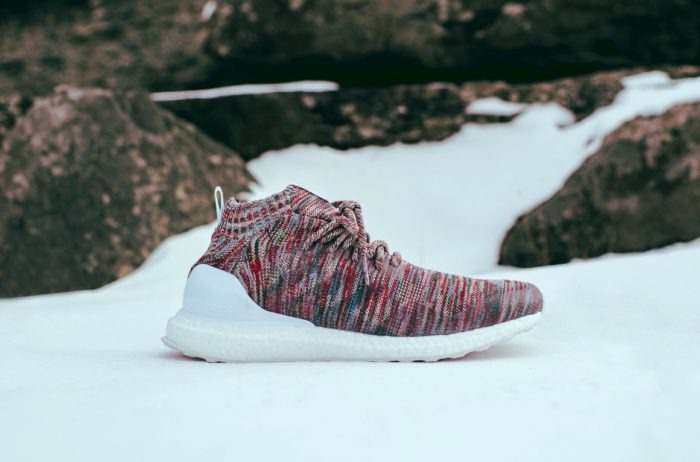 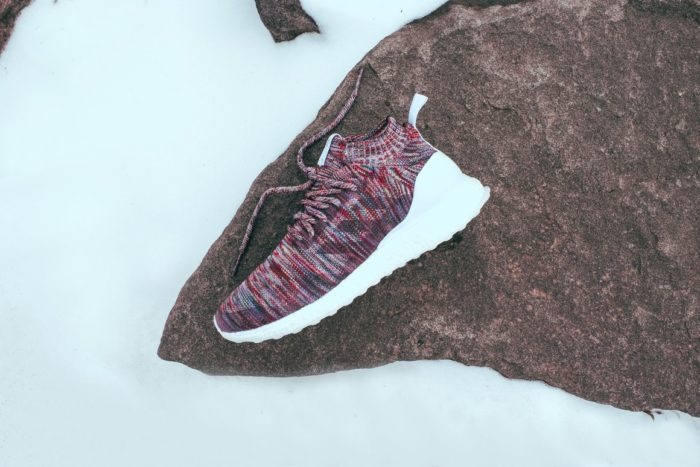