adidas’ shoe designed for nomads gets its first collaboration via Nice Kicks.

This sneaker features a vivid red and black upper with tie-dye print. Translucent outsoles, full length BOOST, and pull tabs with Nice Kicks brand round off each shoe.

The NMD craze is just getting started as we’ll be seeing a slew of many colorways coming this season. Grab a preview of the Spring/Summer 2016 collection here.

Check out the Nice Kicks NMD’s on feet as you prepare for the drop. 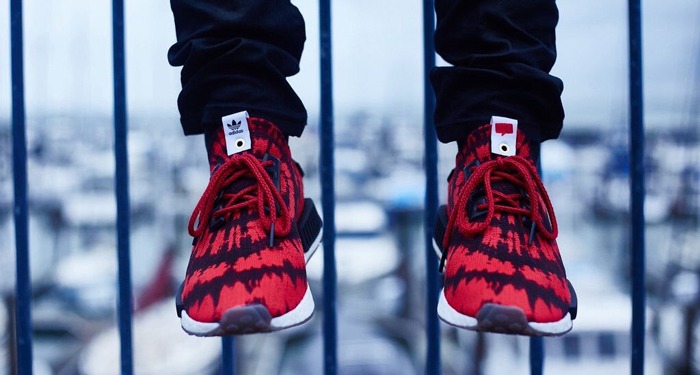 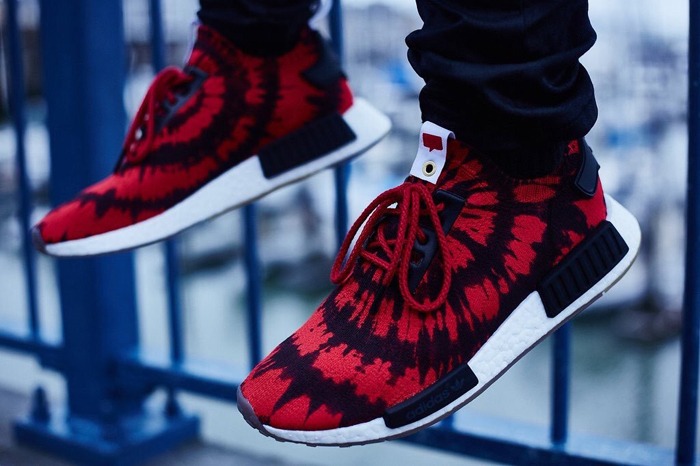 After the Consortium tour saw it’s first release with KITH, Nice Kicks is up next with their adidas collaboration.

Nice Kicks took to Twitter to tease their new adidas sneaker, but it’s hard to decipher what it looks like. All signs point to the adidas NMD because of the two blocks on the all white BOOST sole.

The uppers are definitely red with black lines as far as we can tell. Hopefully we can expect a full reveal in the coming days.

Not only will Nice Kicks be debuting a new sneaker, but also this will mark the grand opening of their San Francisco location.

Check back for updates and a release date the moment news breaks.