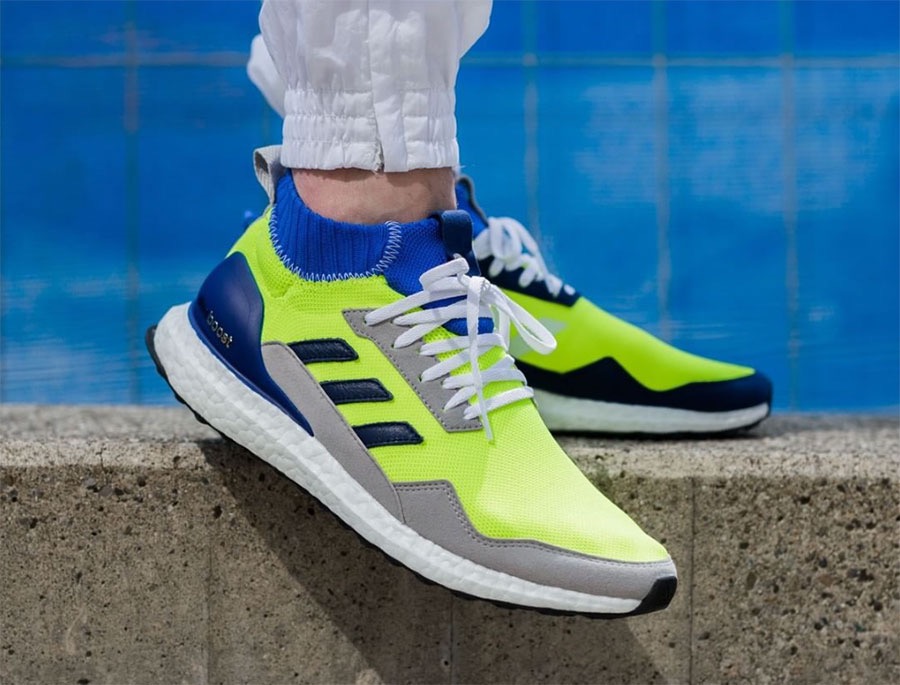 adidas Running introduced Boost by way of the Energy Boost in 2013, but it wasn't until 2015 when people really started to pay attention, thanks to the Ultra Boost and Kanye West.

This colorful Consortium Ultra Boost Mid is dubbed the "Prototype" and features an OG nod. I'm not going to ask you to guess, I'll just tell you: the heel cup is the same as the original Ultra Boost drop.

Look for this limited edition Ultra Boost to release at adidas Consortium accounts May 26.

Are you feeling this colorway?