Do you know how to tell the difference between real and fake Ultra Boost?

It’s crazy to think counterfeiters are knocking off a $180 performance running shoe. But that’s what happens when a shoe is in high demand like the adidas Ultra Boost.

We all knew the Yeezy Boost was going to receive counterfeit treatment, but I wasn’t sure about the Ultra Boost. I know fake Ultras have been floating around for a good minute, but this is my first time seeing fake Cream/Chalk Ultras up close.

If you glance at the comparison photo above, you can quickly spot the differences. However, if you casually glance at someone rockin’ fakes in the mall, there’s a chance you might not even notice.

To me, that’s the scary part! Fakes used to be painfully obvious, but nowadays the counterfeit market is fooling a lot of people. It’s like Canal Street levels – you can pay $20 for a fake LV bag that looks horrible or you can pay $150-$200 for a knockoff that will fool most people.

I saw a chick rockin’ fake Turtle Dove Yeezy 350s in the mall and it was so obvious they were fake. But I’m sure I’ve been fooled several times.

That said, if you’re a fan of the Ultra Boost, take some time to educate yourself regarding the differences between the authentic vs fake. You can compare the lateral side of the shoe, the outsole and the box. 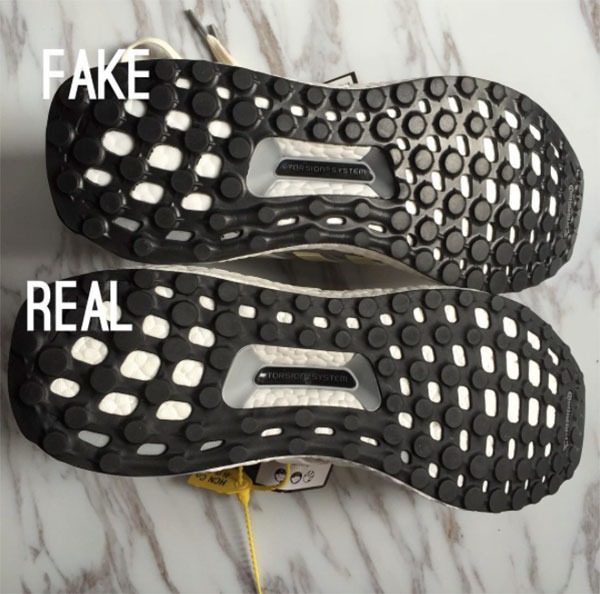 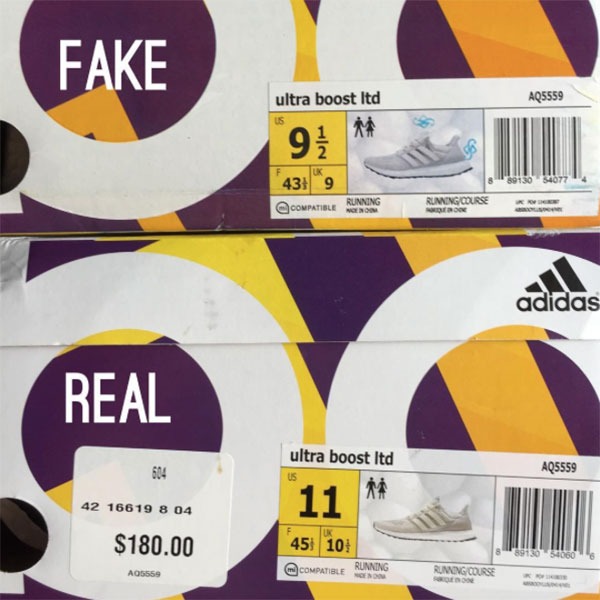