Yes, Jordan Brand is still making signature Jordans for Hall of Famer to be CP3. News hit the web last year that Jordan isn’t going to be making anymore Melo Jordans, but all seems well for Chris Paul.

In last night’s Houston vs Portland game, Paul debuted the Rocket Fuel colorway of the Jordan CP3 XI. Paul was ballin last night too in case you missed the game. Is it the shoes?

Speaking of the sneakers, Nike announced the release will take place in April but didn’t mention a specific date. The CP3 11 will be available on Nike.com and at select retailers.

How do you feel about CP3’s new shoe? 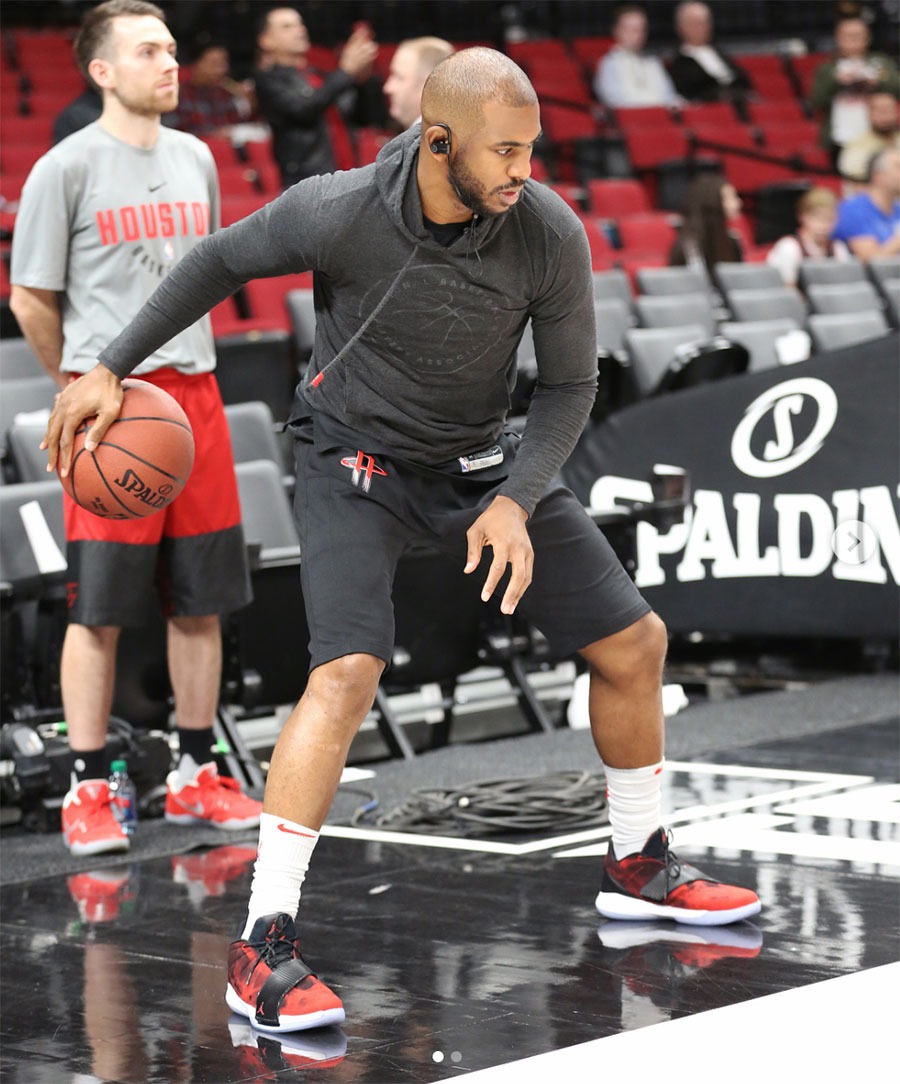