Sneaker hunting ain’t dead! And if you think so, you’re just looking in all the wrong places.

Between the Nike Outlet, Marshalls, Ross and several other discount stores, you can come up on heat at any given moment. One lucky sneakerhead struck gold at Nordstrom Rack.

Twitter user @SneakerHL23 ran into a deadstock pair of Air Jordan 1 SB Lance Mountains for a shocking $69.97. Original retail price was $150 and Flight Club is reselling pairs for $500 minimum.

The craziest fact about this steal is that Lance Mountain AJ1’s released in 2014 and they were found literally two years later at a discount retailer. The Sneaker Gods bless ol’ boy forreal!

What’s the craziest come up you’ve ever had on a pair of sneakers? Comment your thoughts down below. 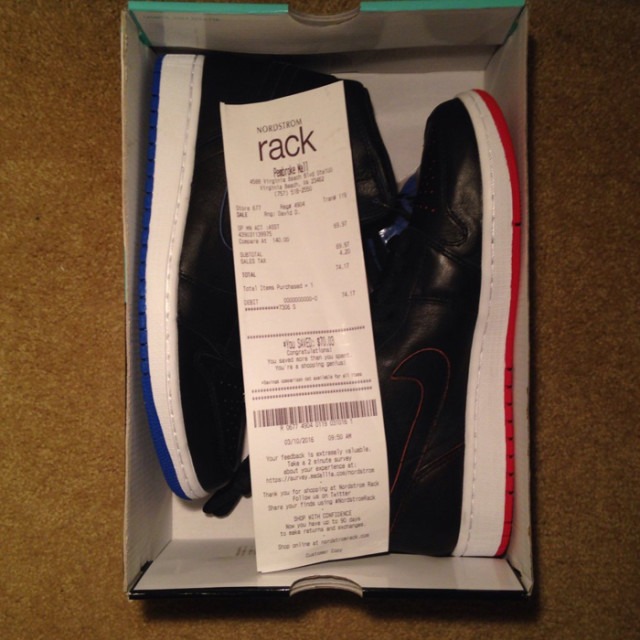