WINGS Air Jordan 12s dropped on Saturday, but many copped L’s instead.

The shoes were sold via drawing through Nike SNKRS. Most of us don’t know the in’s and out’s of the selection process and never winning is always expected when you don’t know your chances.

One sneakerhead decided to reach out to Nike about his collection of L’s. Nike’s following response was straight savage: 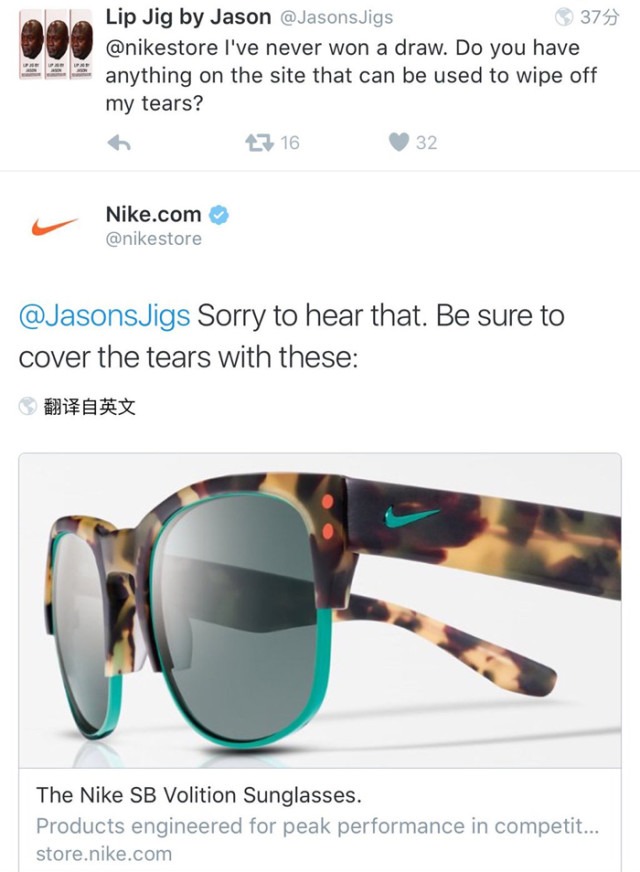 LMAO! Apparently the Nike SB Volition Sunglasses are the quintessential choice of eyewear for #Sadderdays. Whoever is running @NikeStore’s Twitter deserves a raise for being a professional savage.

Did you cop the WINGS 12s on Saturday?

\H/T to loyal TSG reader [@QHNMVP](http://twitter.com/QHNMVP) for the heads up on this report.*