Sneakerheads Stoop to New Lows with Goods They are Trying

Sneakerheads have reached an all time low on Facebook. This is crazy enough to even make Michael Jordan give us the side eye. Social Media not only has become the number 1 place for sneakerheads to communicate, but it also has become the top marketplace for buying, selling, and trading with Facebook Groups reigning King.

Typically during a sneaker transaction one would trade a sneaker for a sneaker, but not yesterday. A sneakerhead took it upon himself to offer up his American Pitbull puppy in exchange for a couple of Air Jordans. The pup has his shots, so obviously his value is a bit higher than normal, you know? That’s a steal in all honesty… SMH!

We can’t tell another man what to do with his dog but for the sake of life on Earth, animals should not be used as trade bait for sneakers! If your money is low just be patient because Holiday season is approaching and everyone will be hiring.

Stop the madness and take your puppy off the trading block! 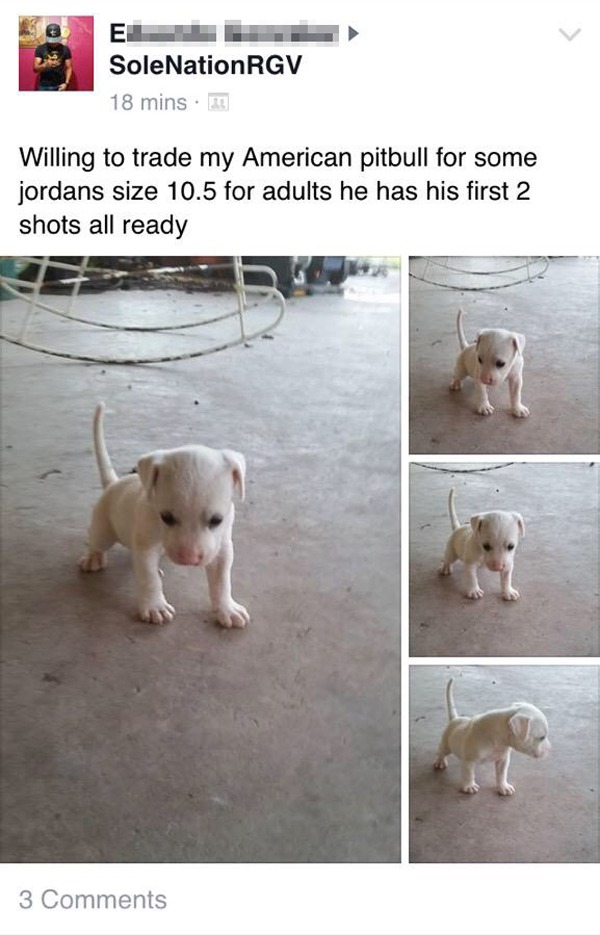