The Third Supreme x Air Jordan 5 Collab Has Been Revealed

The third and final Supreme x Air Jordan 5 collaboration has been revealed.

We previously saw the Camo Supreme 5 and the Black/Fire Red Supreme 5, now a White/Red iteration completes the collection.

The White Supreme Air Jordan 5 shares a lot of similarities with the Metallic Silver AJ5 outside of the Supreme logo behind the netting, ’94 stitched on the heel, and Red streak on the midsole. No release information has been leaked, but expect a Fall 2015 drop for all three Supreme Air Jordan 5s. Stay tuned for more updates. 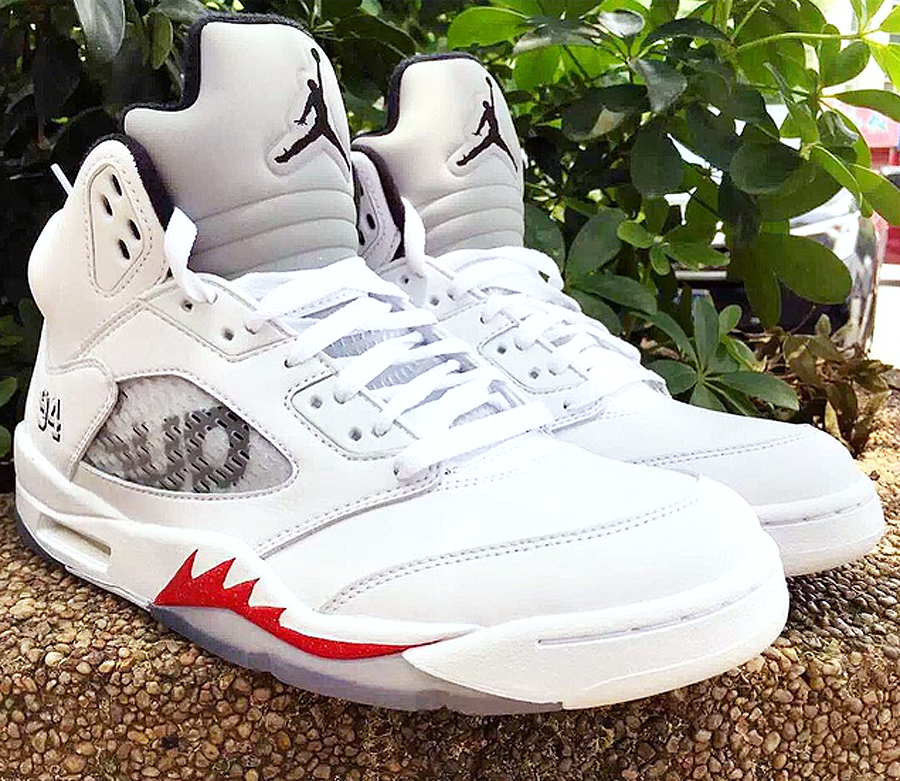