Would You Cop This Air Jordan 12 If…

Would they sell out?

I love playing the “What If?” game because nowadays it could easily become a reality.

A customizer by the name of Percy Brown turned a pair of Flu Game Jordan 12s into fire Black/Yellow 12s. He did a great job, and the colorway feels like an Air Jordan 12 PE.

Thunder 12s is most likely the nickname this pair would get if released. But that’s the question at hand, if Jordan Brand decided to produce this exact colorway/material, would you cop?

Would the masses care if this colorway released or would it have to be a limited drop? 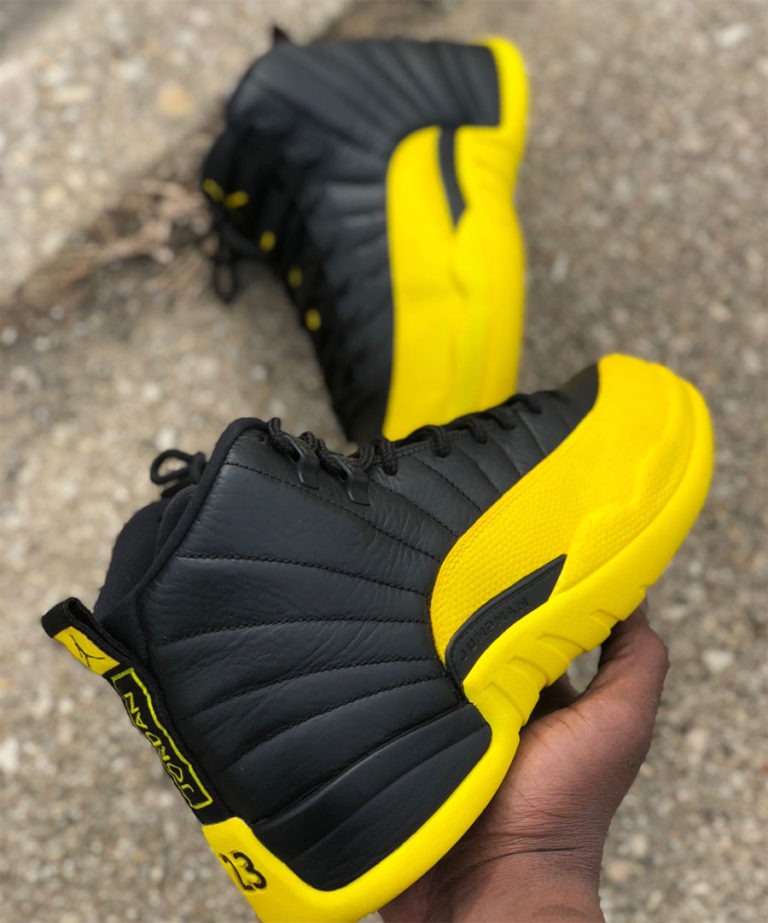