Nike has never been shy about introducing new technology into classic models.

With the Vapormax gaming more fan fare each release, Nike has started to show glimpses as to how versatile the technology can be.

After previous releases of the Air Max 97 OG, Nike took it one step further and delivered us the 97 with Vapormax tooling.

With the launch of the Silver Bullet colorway this week we also have a detailed look at the model in a Metallic Gold colorway, but release details aren’t available at this time.

We do know the Metallic Gold Airmax 97 OG will restock on May 19th. So it’s a good chance a release is in the not so distant future on Nike.com and select retailers.

For Air Max 97 fans out there is this model an instant cop? Let us know in the comments. 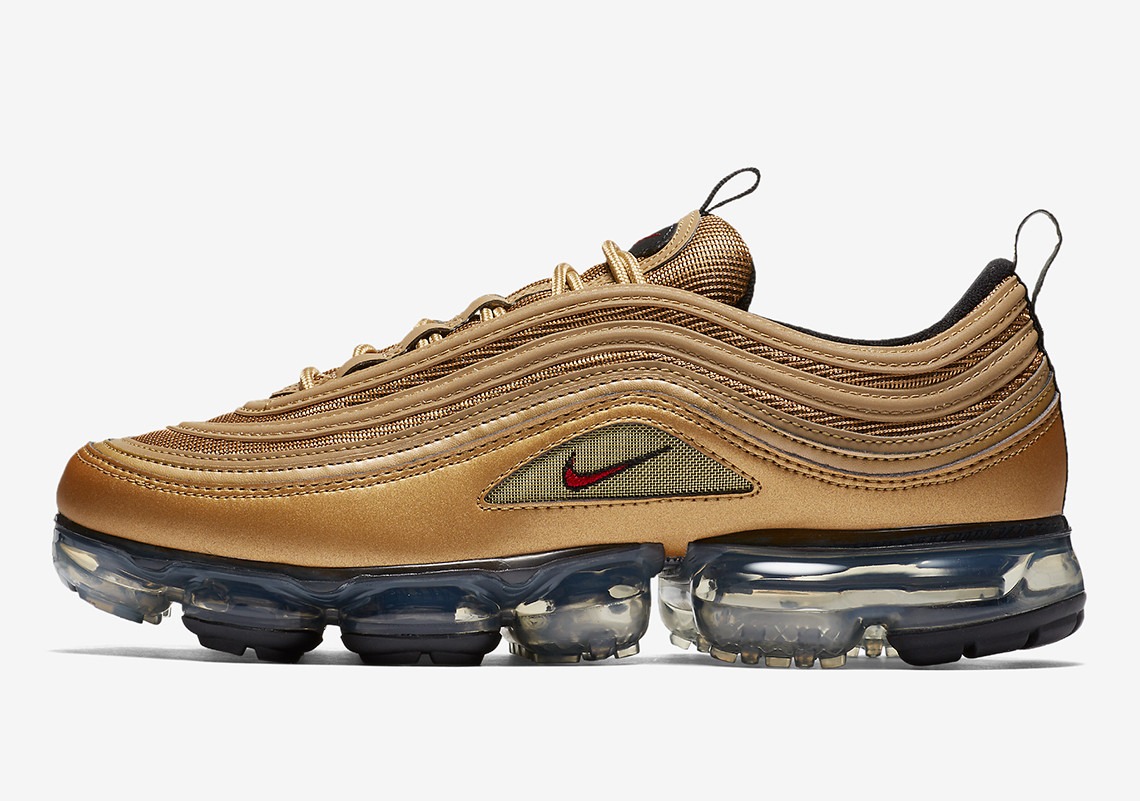