After 26 years of anticipation, the wait is over. Details of an actual release of the Nike Air Mag have been kept under wraps and it wasn’t until Michael J. Fox shared a heart felt letter written to him by Tinker Hatfield that we got the confirmation we’ve been dying to know.

Per Tinker Hatfield and Nike, Michael J. Fox is the first person to possess auto-lacing Nike Air Mags and more pairs will be produced in 2016 to help aid his foundation for Parkinson’s auction style. So yes, just like in 2011 a limited amount of pairs will go to their highest bidder.

We won’t be getting a retail version of the Nike Air Mag, but you have to respect Tinker Hatfield and Nike’s commitment to making movie magic a reality. Contrary to popular belief, the MAGs in Back to the Future II did not auto-lace. It was merely an illusion and there were men actually pulling the laces from beneath Michael J. Fox in the movie. Imagine the innovation that took place to make a movie prop and fully functional sneaker? Crazy. Sneakerheads will be waiting another year to try to get their hands on the auto-lacing Nike Air Mag.

Read the full letter from Tinker Hatfield to Michael J. Fox below. 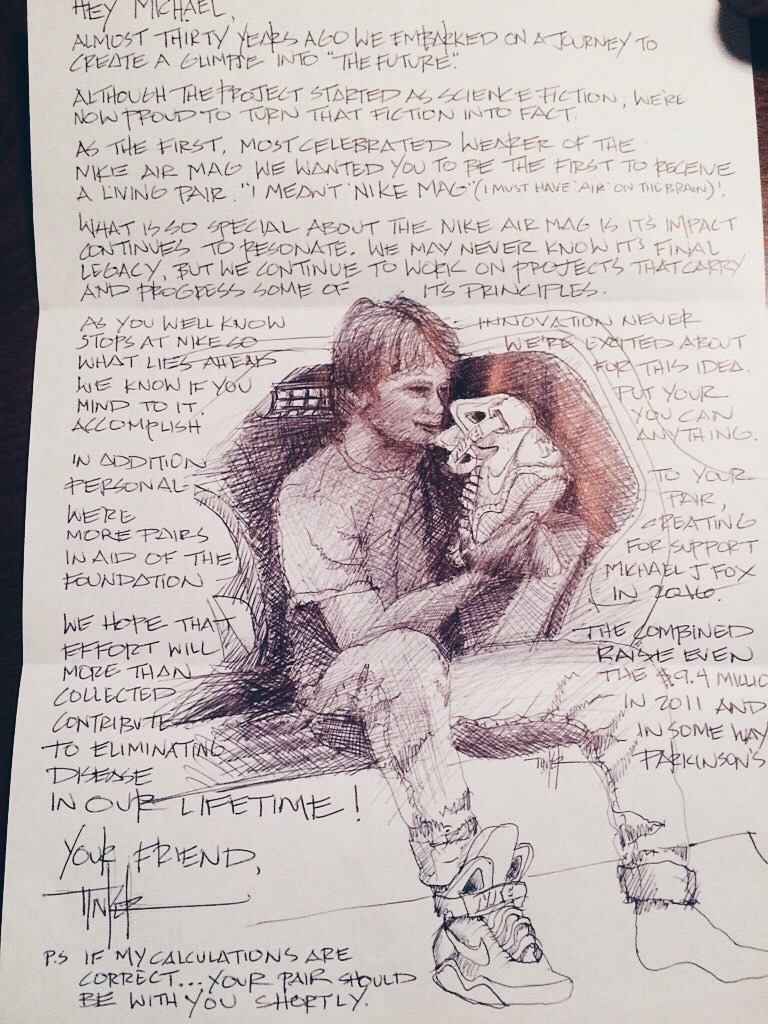