Nike SB created a series of Dunks dedicated to their colored box series.

Starting from the bottom, they kicked the series off correctly by releasing the Orange Box, which was followed by the Silver Box.

The Pink Box Dunk Low is everything you would expect, but with a surprise. Nike SB added all-over 3M reflective material. Imagine if these Dunks dropped in 2006/2007. Can you say hype?

There’s no release date yet, but these Dunks will be dropping soon on Nike.com. 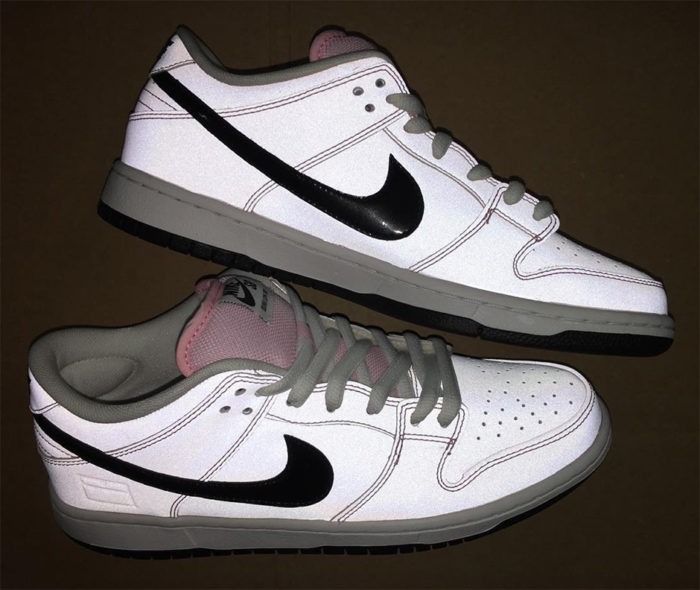