For a minute the Ultra Boost took away the Flyknit Racer’s power. The shoe that everyone was going crazy over lost a lot of buzz because of the popularity of the Ultra Boost.

But Nike isn’t giving up on the Flyknit Racer because another colorway is on the way. People said Nike waited too long to drop the blacked out Flyknit Racer, but that didn’t stop them for selling out.

The next colorway to release is the Pure Platinum Flyknit Racer. This colorway will hit Nike.com and other retailers on October 14. The retail price is $150. 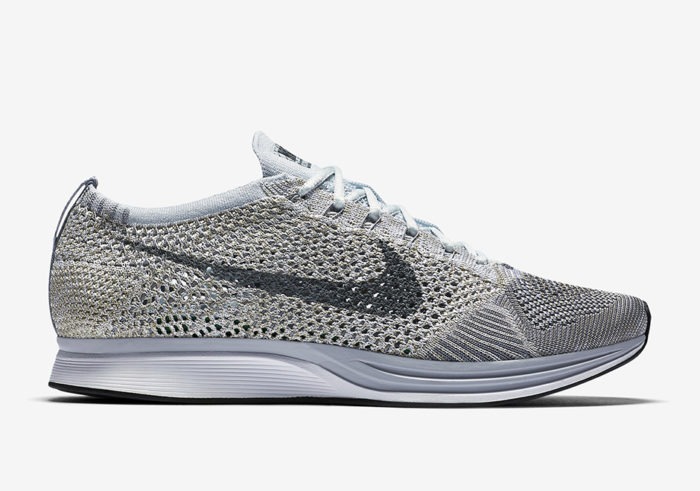