Remember that episode of The Simpsons? Of course you do.

Even if you haven’t seen the entire episode, you’ve probably seen the image below of Homer jockin’ Ned Flanders’ expensive Assassins sneakers.

The photo has been used for Internet memes and other online jokes. Since that moment is so popular as well as the rising popularity of the Nike Air Monarch, customizer Mache decided to have a little fun.

He reimagined The Simpsons Assassins shoe on the Nike Air Monarch. The final result is quite impressive as Mache created an excellent custom that resembles the animated version.

Mache said he was inspired by the dad shoe craze and sharpie custom wave.

Although this custom was intended for fun and laughs, I’m confident this pair would sell out if Nike ever decided to produce pairs. I already told y’all Monarch season is approaching.

How do you feel about this custom? 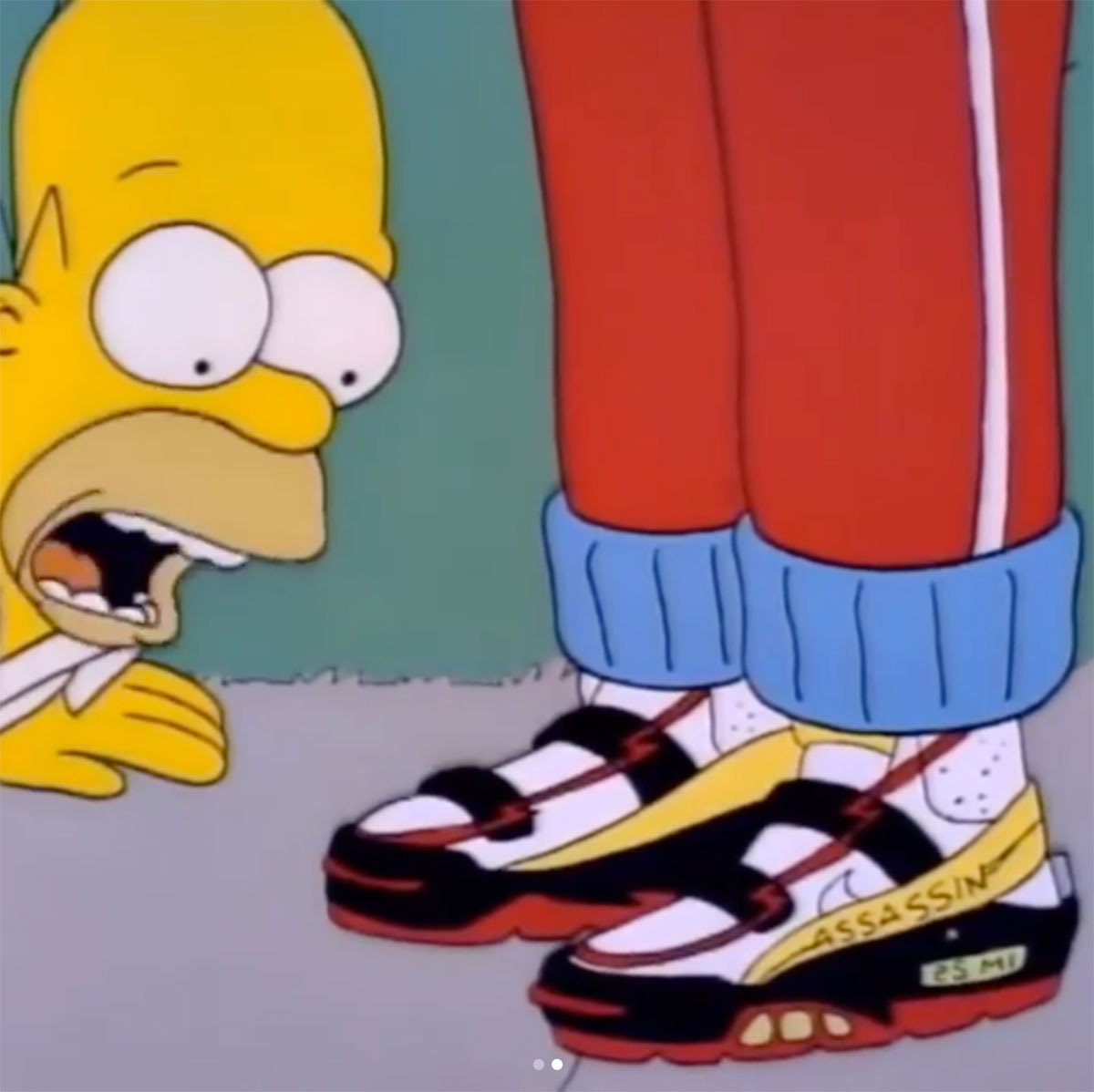