Nike released not one but two Multicolor Nike LunarEpic Low Flyknit colorways today. The colorway above in the men’s version and the women’s version is seen below.

For those not in the know, the LunarEpic is one of Nike’s newest running shoes that first debuted as a high top runner. The lowtop LunarEpic has caught the attention of non-runners due to several colorways released, including Oreo and now new Multicolors.

Both are available at Nike.com, but I won’t judge y’all for coppin’ the women’s pair. Ladies, don’t snooze! 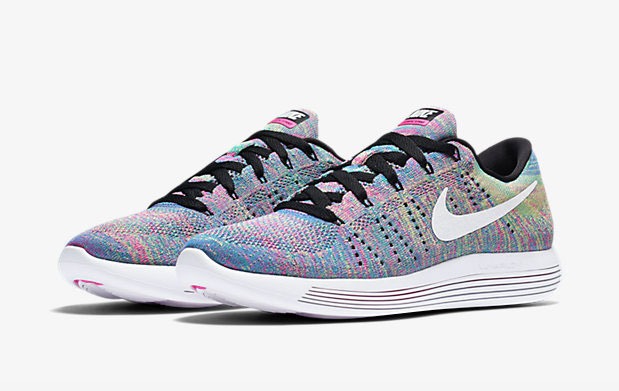