As much as Social Media keeps us connected, it allows for tunnel vision and doesn’t paint an accurate picture of what’s going on in reality.

World famous Comedian Kevin Hart recently debuted his own Nike sneakers in two colorways. And many people can’t seem to grasp why the Swoosh would even embark on this partnership.

If you ask me, no other celebrity is more deserving of a signature shoe than Kevin Hart right now.

He quietly had a bigger impact than Kendrick, Drake and Kanye West last year. I know it sounds crazy, but keep reading.

In June 2015, Kevin Hart was on his massive WHAT NOW Tour. While in Boston, the comedian decided to get active and at a spur of the moment invited his fans via social media to run a 5K with him.

After the first run Kevin Hart took to Instagram:

Mark my words…These 5K runs will continue to grow and get bigger. My goal is to create a lifestyle/mindset that every all over the GLOBE can relate to and achieve.

A month later, Hart announced another 5K Run in Boston. The number of attendees doubled to over 600.

Eventually, the Comedian’s popup runs would attract up to 7,000 people per city.

My goal was to simply bring people together. Once people started coming out in the thousands, it made me see the true potential in the platform that I created. That’s when my eyes were opened to how huge and global these runs could be. I also got to use my social media for the powers of good.
– Kevin Hart via NY Post

His efforts in inspring fans to get active earned him an ambassador role with Rally Healthy. Once the WHAT NOW Tour hit Brooklyn, Hart partnered up with Nike Run Club.

When Nike gets involved, you know things are going to go next level.

It didn’t take long for the sports performance Oregon based powerhouse brand to recognize that Kevin Hart’s influence went beyond the comedy stage and big screen. Without a major brand, a special incentive, or anything really, Hart encouraged thousands to come out and run just for the sake of being healthy.

For anyone who thinks Kevin Hart is just a comedian and not an athlete, well you’re wrong. According to Nike, IF YOU HAVE A BODY, YOU ARE AN ATHLETE.

Hart has the power of celebrity, a wider reach on Twitter and Instagram combined than Drake, and most importantly 7,000 people running with him in any given city at a moments notice. His focus on running and training make him perhaps the most desirable celebrity any performance brand could ever want.

Kevin Hart’s 5K initiative isn’t even a year old, yet his impact is already incredible.

Are you still questioning Nike’s decision to partner with a Comedian?

If you need any more reasons as to why Kevin Hart deserves a signature shoe with Nike, just consider yourself a plain old hater. 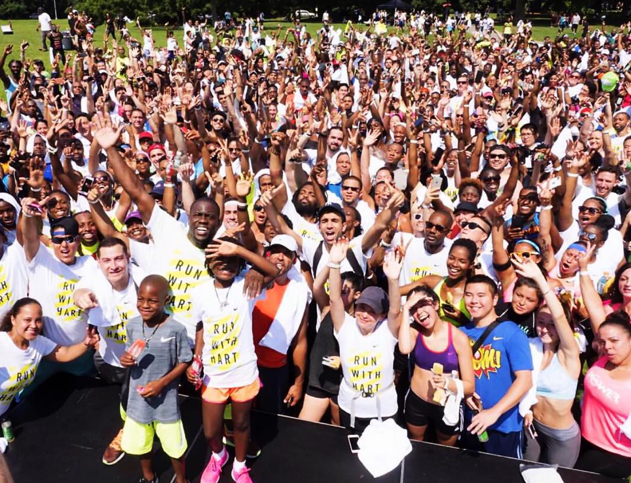