What if? Nike Vapormax sandals. Could you pull these off? 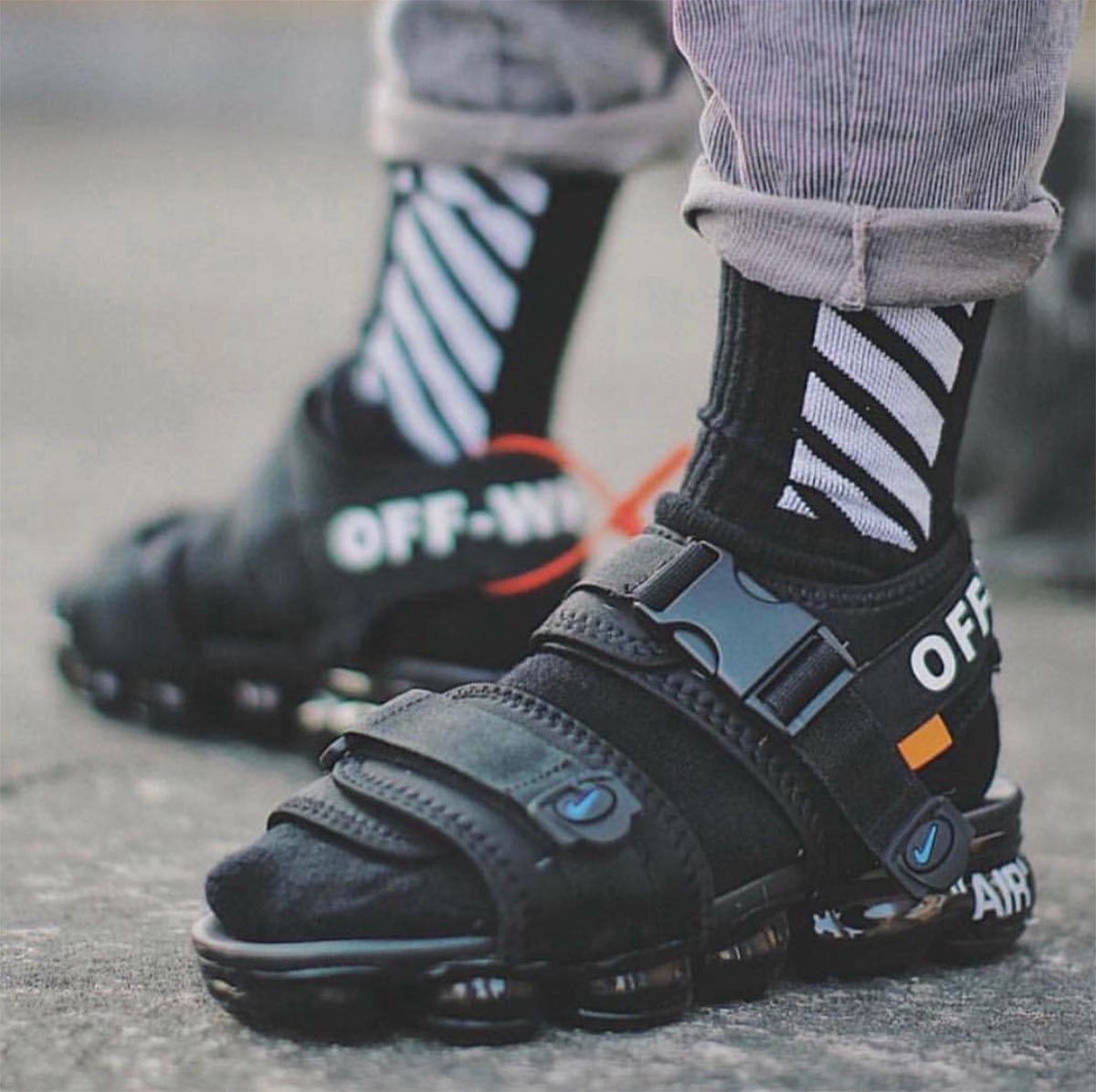 At this point, I think people would wear anything Off White or Supreme. Not everyone, but the people who are loyal fans would mostly likely wear anything created by the aforementioned brands.

I don't know the origin of this photo, but it's been making its way around the Internet and starting debates. Some people find the footwear option as a joke, while others are impressed by what they see.

The DIY movement is stronger than ever, and it seems like customizers are giving brands a lot of ideas. That said, it would not surprise me if Nike (or one of the other brands watching) releases a sneaker inspired sandal.

So, for the sake of this conversation, if you saw these at your local sneaker shop, would you cop?

Share your thoughts and let's have a discussion in the comments.

Lol. But on the real I'm super interested to see what he does at LV. His first collection will be revealed next month in Paris during men's fashion week.

Tetsuwan Zom said: These are actually fire, I'd wear them

Well don't be surprised if these turn into a reality.

These are actually fire, I'd wear them