One thing that Kanye has been consistently great at during his career is finding talent in others and curating one unified vision. I call Yeezy the greatest curator of our generation.

Since we’re all in the spirit of Yeezy Season today, I thought it would be cool to share some insight from one of the minds within Kanye’s creative camp – Ian Connor.

This kid is currently the purveyor of cool in the lane that Kanye cares most about. It’s a taste level where confidence is the best thing you can wear and everything else follows after.

Having been Wiz Khalifa’s stylist and working closely with A$AP Rocky, Ian Connor has made enough of a mark in fashion to where Kanye West made him his right-hand man.

Billboard sat down with Connor to discuss his role on Kanye’s team, what his vision for fashion is, and how he’s evolved Kylie Jenner’s style:

What is it like being on Kanye’s creative team? What exactly does your role entail?
I’m his creative consultant so I [advise] on the clothing and [give] my ideas as far as “this is right, this is wrong, this is cool, we should bring in this person, we should not fuck with this person.”

There are people in Kanye’s circle, like Kylie Jenner, that you’ve been give credit for influencing. What’s that like?
Yeah, as far as influencing Kylie’s style and being direct with her style I’ve been helping her. I steered her kind of toward a streetwear style. She’s more an athletic apparel-wearing girl but sometimes I wouldn’t like to see Kylie in a full Adidas track suit with Jordans on. Like that turns me off for certain reasons. So it’s like, “Nah, let’s do this, let’s do that, this will look good, this will look nice.” And moreso, I’m teaching her the history of what she’s wearing. So when Kylie has on a Supreme box logo or a Palace tri logo, she knows the history of it and she’s not just wearing something. She’s actually feeling the history of what she’s wearing. It’s somewhat of an emotional attachment to what she’s wearing.

Do you want them to feel better about not fitting this ideal of six-foot-tall and skinny?
Oh definitely, because everybody doesn’t look like that. Like me looking at a six-foot model with a long trench coat on or whatever, that doesn’t really have an effect on me. I know kids wouldn’t wear a long trench coat like that. You get what I’m saying? So it’s more about what fits you. And that tall model might not necessarily have the style that that small kid, or that fat kid, or that weird looking girl with weird eyes or something like that will have. And that will actually change shit. So when you’re looking at people’s Instagram or photos it’s more like, “What does that person’s personal style have to offer?” So it might be that weirdo who’s influenced by the clothing in Yeezy Season Three and this collection or that collection and that influence will just make them go next level.

Authenticity and self awareness is what I get when I read Ian Connor’s responses to Billboard. The ideals are pretty similar to how sneakerheads buy sneakers.

Yeezy Season 3 airs today via live stream at 4pm EST. You can watch it here. 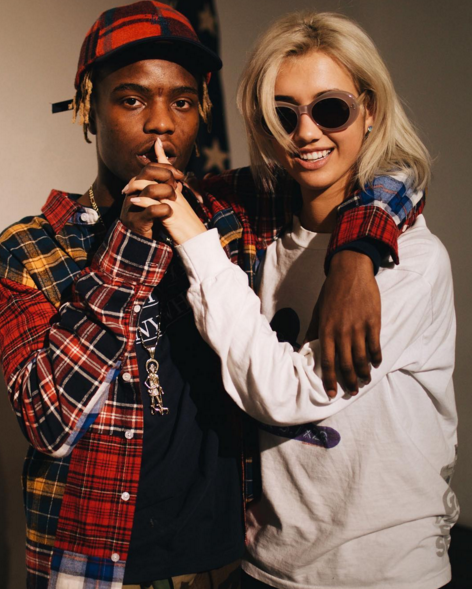