On November 29th, a Kobe Bryant Retirement Letter was given to every fan who attended the game.

The five time NBA Champion delivered the message we all were hoping would never come. Watching a legend step away from Basketball is tough, but imagine how the Player felt.

Kobe Bryant wrote and signed a heart felt letter to his fans. He took the time to thank everyone for his incredible journey with the Los Angeles Lakers.

The moment is so grand, many of Kobe’s letters of retirement found their way onto eBay. You’ll find them selling anywhere between $250 – $500. Give the full letter a read below.

This will be our generation’s biggest retirement since Michael Jordan left the NBA.

Salute to Kobe Bryant for all the wonderful moments he blessed the world with. His skill and heart will never be forgotten. 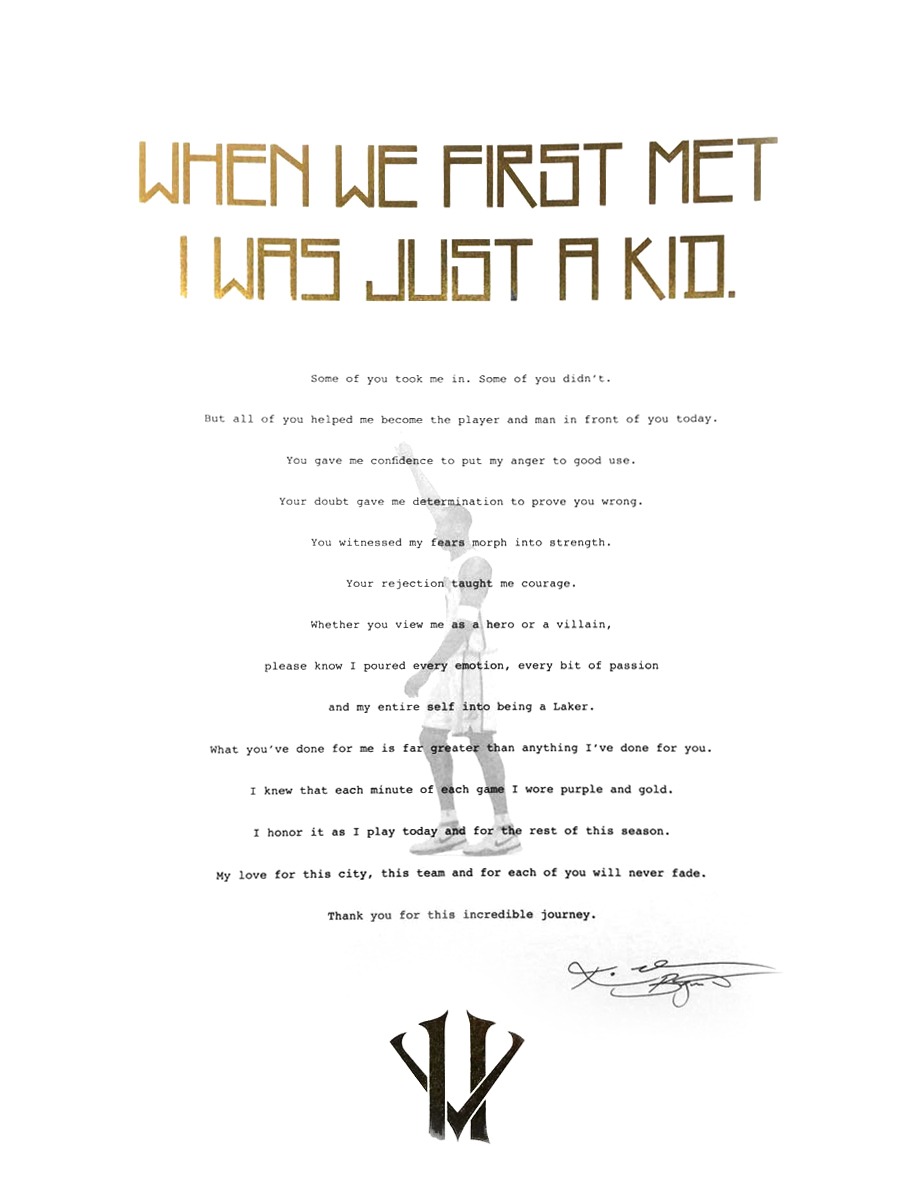