I remember when I first caught wind about the collective in 2011. It really showed me how old I was because I didn’t understand them at all.

It all started when I saw Tyler The Creator’s Yonkers video. I was so lost and yet all the kids were so impressed. I remember asking myself, “Is this the guy who’s going to influence our youth?”

Tyler’s Yonkers and Earl Sweatshirt’s EARL videos were more shock value than anything, but I was trying to see why people were so impressed.

I get it. As a kid (and sometimes as an adult), it’s fun being rebellious! That’s exactly what Tyler and his Odd Future crew were doing. After I started to understand that’s why people liked them, I was able to appreciate the talent and creativity from Odd Future.

Writing this article is funny because I had no plan on addressing my love/hate/confused Odd Future history. One last thing and then I’ll talk about the shoes. At the peak of their buzz, I remember having to read hella YouTube comments to educate myself on the group, including what OFWGKTA stands for. Ha!

For those who don’t know, it stands for Odd Future Wolf Gang Kill Them All. I know, we are getting old dawg.

As for the kicks, Odd Future and Vans collaborated again on two models. The Sk8 Hi and Authentic received all-over donut print. The box features the same print and the OF logo is seen on the heel of the Sk8 Hi. 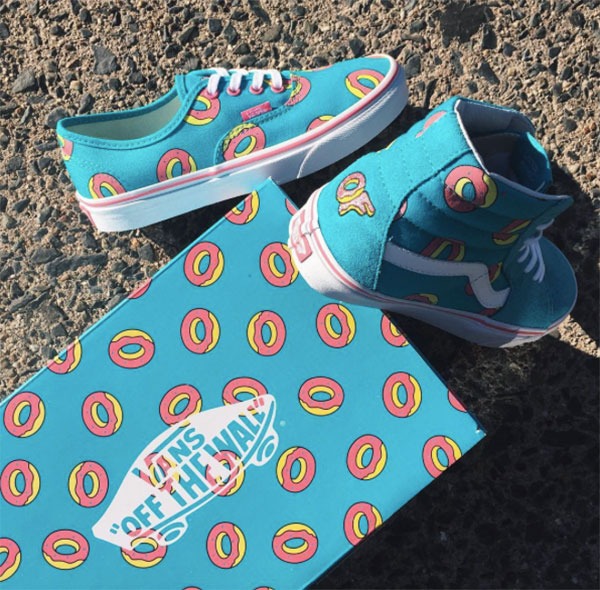 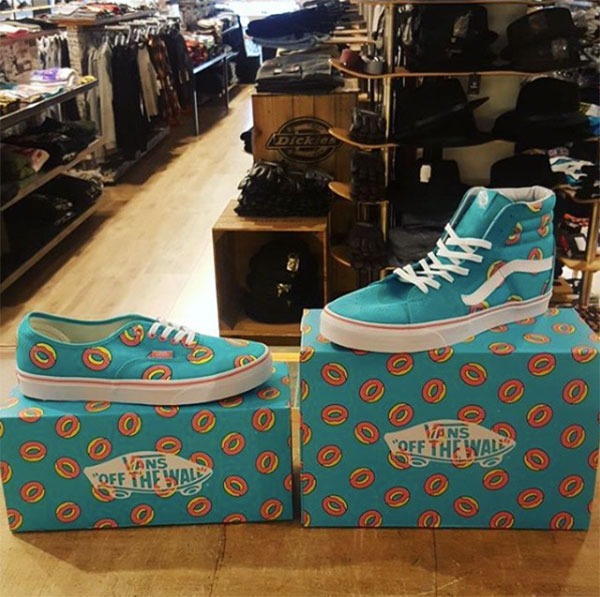