Kevin Durant is already having a bad week after the biggest choke in NBA history and things just got worse.

If you didn’t believe in the Lil B BasedGod curse five years ago, maybe it’s time you start paying attention.

The 2016 OKC Thunder team may have been the best they’ll ever be, but KD still can’t shake the curse. Not even pinning down the defending NBA Champion Warriors 3-1 in the Western Conference Finals helped. BasedGod’s curse still prevailed.

Now that we’re living in the Meme generation, internet images just isn’t enough for some moments. @BaltSneakerShow took it upon himself to design his own KD x BasedGod Curse merch and it came out really dope.

Nike probably won’t be happy about this, but as long as Kevin Durant continues going ringless, he will forever be attached to Lil B. I’m rooting for Team Lightskin and the Golden State Warriors to go back, so long live the BasedGod curse, haha! 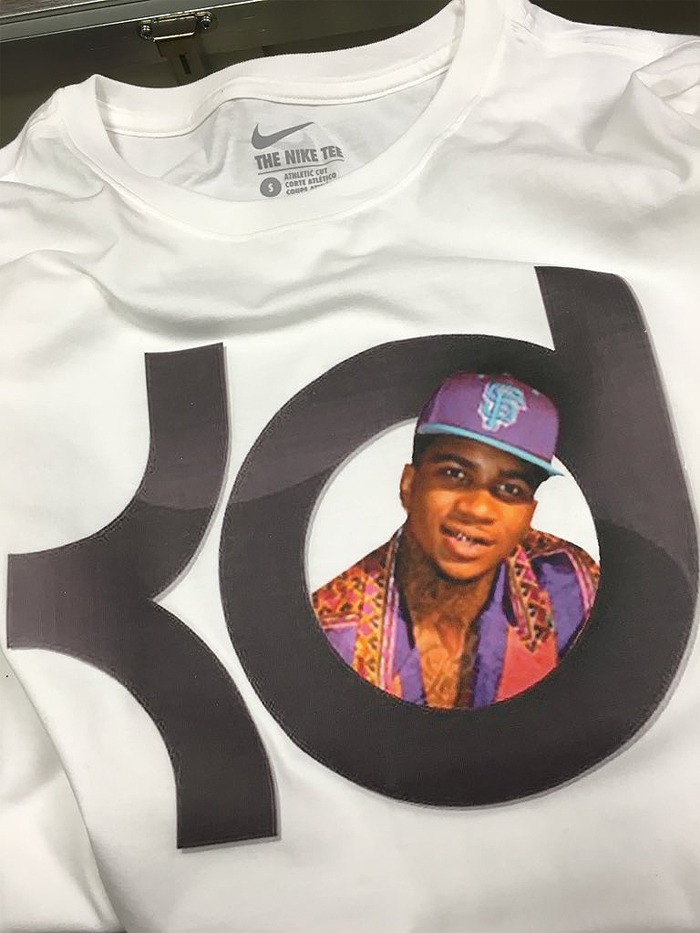