The Chef went to work during the first game back from his injury.

Stephen Curry scored 40 Points in the Under Armour Curry 2.5 Warriors.

Boy, the Blazers got some fight as they came out the gate hot leading by 16 points in the first quarter. Coach Kerr opting for him not to start, Stephen Curry came off the bench for the first time in years.

Frustration set in for the Warriors after being down so much. Shaun Livingston drew two quick technical fouls. His ejection led to Stephen Curry being forced to get back in rhythm as soon as possible. Blazers led the entire way until Curry started really cooking in the final minutes of the fourth quarter.

Both teams missed the game winning bucket to force Overtime. We might as well name it Currytime because the boy scored 17 points to steal the hope right out of Portland. Chef Curry set yet another record for most points ever scored in an Overtime period.

Is it the shoes? It’s gotta be the shoes because Steph is doing amazing things in the Under Armour Curry 2.5 Warriors. Release details have yet to be announced, but expect UA to say something soon. 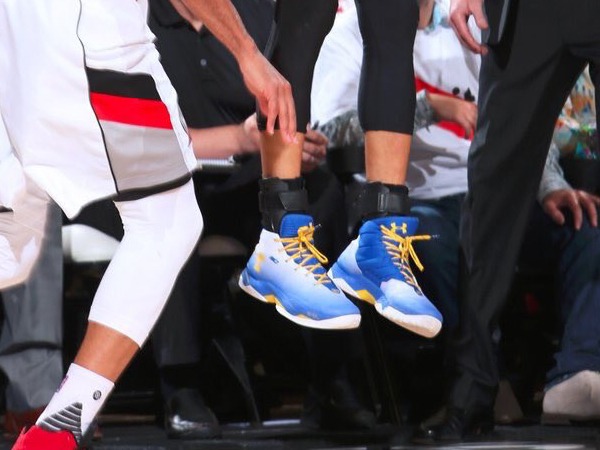