We all expected the Yeezy cleat Ultra Boost sole swap.

It was simply just a matter of time. However, I can’t say I saw this sole swap coming.

According to Jake Danklefs: “I know the mixing of brands makes no sense but it doesn’t have to if it looks good!”

It’s crazy because if I wasn’t in the know, I would think this was original Saucony design.

How do you feel about this sole swap? 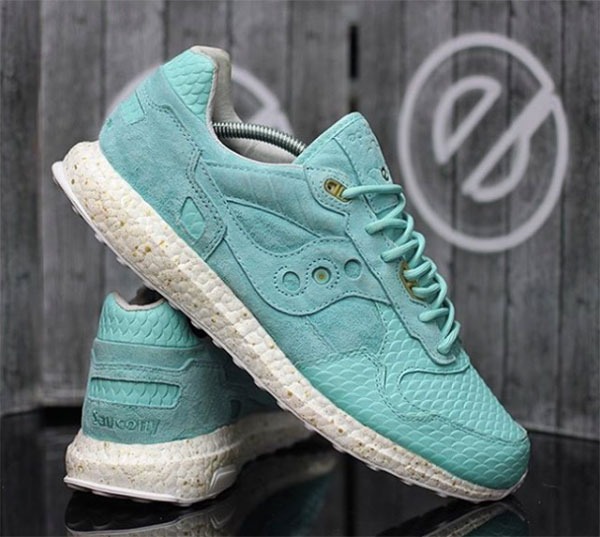