Since 2013, Nike has been diligently working on ways to better assist customers who aren’t trying to cheat the system for multiple pairs of sneakers. Here we are a couple of years later and mission impossible has been accomplished. The days of solely having to deal with bots on Nike.com or other online retailers are over.

After highly anticipated releases such as Shattered Backboard Air Jordan 1s, OVO Air Jordan 10s, and more recently “UNC” Air Jordan 1s, TSG took to Twitter to see which platform was most successful for sneakerheads to cop. Surprisingly, an astounding percentage of our followers mentioned the SNKRS app more so than any website including Nike.com.

Upon further questioning, Sneakerheads have happily copped the majority if not all of the shoes they’ve desired straight off the SNKRS app. Although there were some app crashing errors to fix during the initial launch, the experience has been nothing but smooth sailing since. 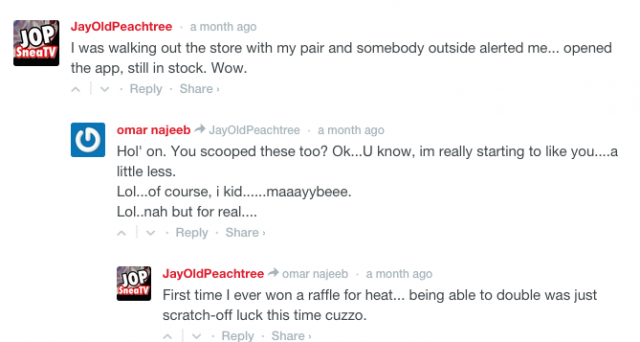 So, if you’re tired of missing out on releases via Nike.com, we suggest you take your talents to the SNKRS app. Don’t disown all websites completely, though. It’s always best to have several backup plans because no method is guaranteed to score every time. Join TSG on the next hyped release and follow us on Twitter @TheShoeGame.

Get notified here when Nike launches SNKRS app for Android