Perhaps the best colorway of any Curry signature shoe is confirmed to drop.

You wanted it, you got it. This sneaker formally was an exclusive PE for Friends & Family of Stephen Curry. It celebrates the 2014 – 15 Championship season for the Golden State Warriors.

UPDATE: Footlocker confirms the release. The sneakers will be available online. Stay tuned to @TheShoeGame on Twitter for the heads up on exactly when they’re available.

Expect the Championship Curry 1 Lows to sell out immediately.

With Golden State still being undeafeated coming off of a championship run, you’ll have to make sure your trigger fingers are lightning fast to cop.

Select Under Armour retailers will be releasing the shoes in-store as well.

Are you taking your shot to grab the Under Armour Curry 1 Low Championship 2016 release? 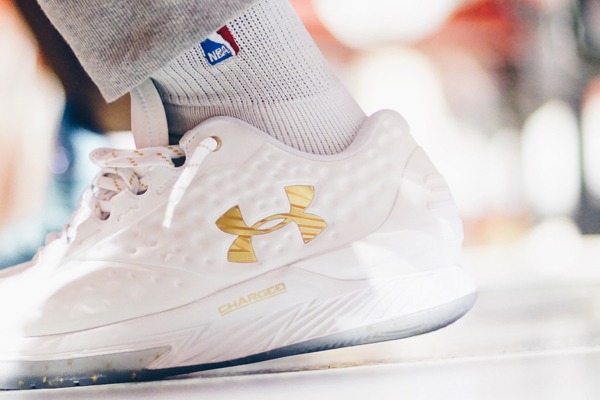