There’s no telling how much stuff Nike let Virgil Alboh put his spin on. One thing we do know is that the third Off White Vapormax colorway is releasing this weekend.

The Off White Vapormax in White will be available at select retailers this Saturday, April 14. You the know the deal by now, either you have a plug, pay extra, use a bot, or get lucky with a raffle.

If you’re really lucky, maybe your local boutique will do a surprise release like this shop and have pairs sitting on the shelf like the old days. Probably not, but wishful thinking though.

Who’s going after these this weekend? 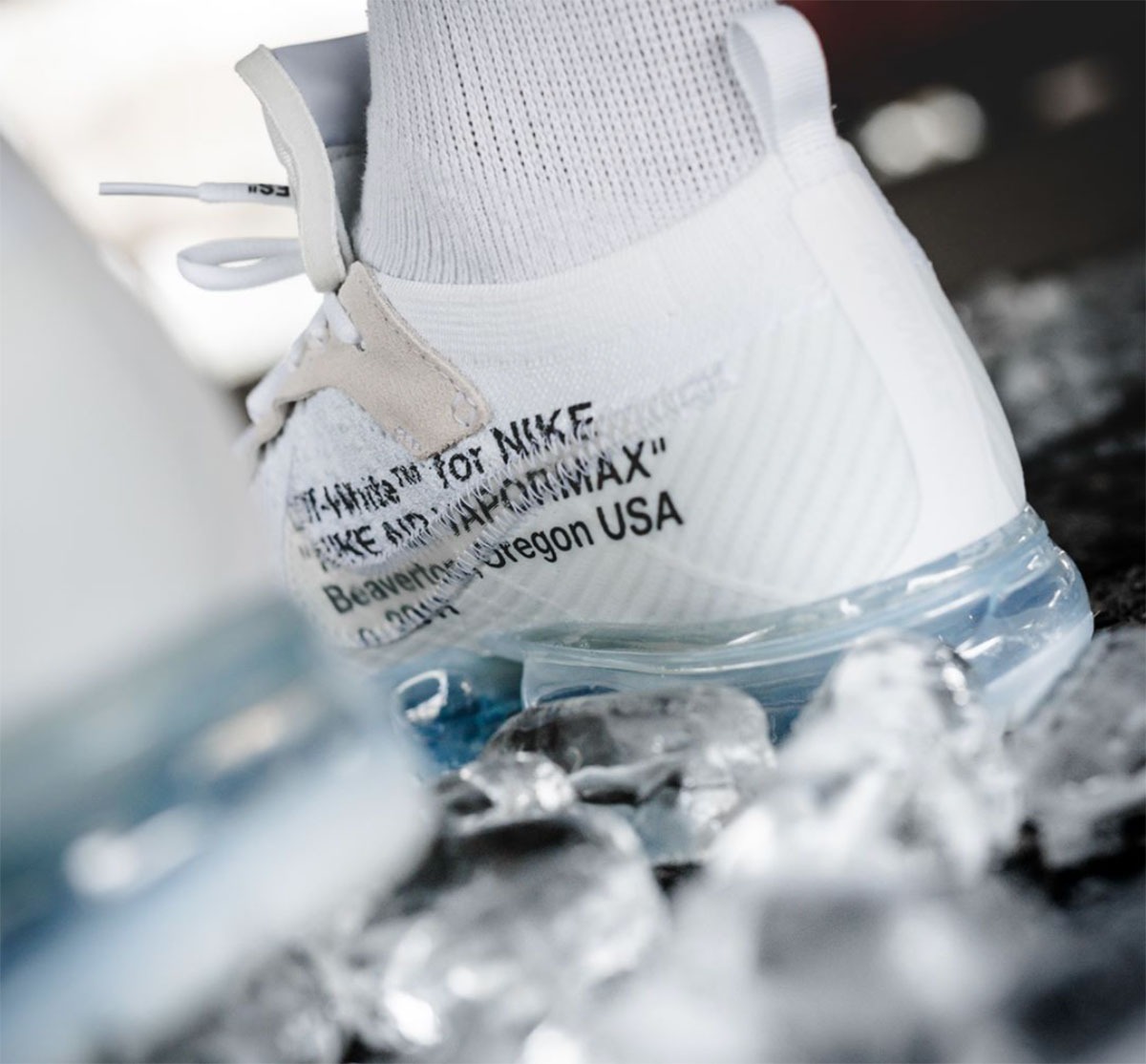