Last week Kanye West and French Montana linked up to shoot a music video for their latest track with Nas. It was then we noticed that West laced French with some Yeezy Season 3 exclusives. 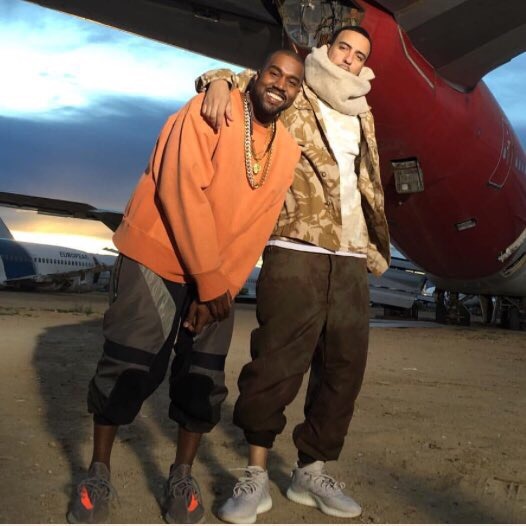 French Montana took to Snapchat to reveal that this Triple White pair would never release. In the same video Kanye confirmed the statement.

Kanye is prone to change his mind based on demand. So, it’s best to bombard his Twitter with “we want white 550’s” and he’ll most likely fulfill the request like he did when he ruined Wolves.