Once it hits, it consumes everything. Kanye West and the rest of G.O.O.D Music debuted the adidas Yeezy 750 Boost Glow in the Darkyesterday while performing together at Summer Jam in NYC.

All black outfits made the tonal grey Yeezys with gum outsoles stand out for the world to see. Kanye made headlines all day as his big performance at Governor’s Ball NYC was cancelled due to weather, which prompted his takeover at Summer Jam. Soon after the performance was done, Yeezy promised to do a pop up show at Webster Hall in Manhattan which lead to a near riot. Needless to say the NYPD shut down any concert attempts by Mr. West in an effort to maintain the peace. 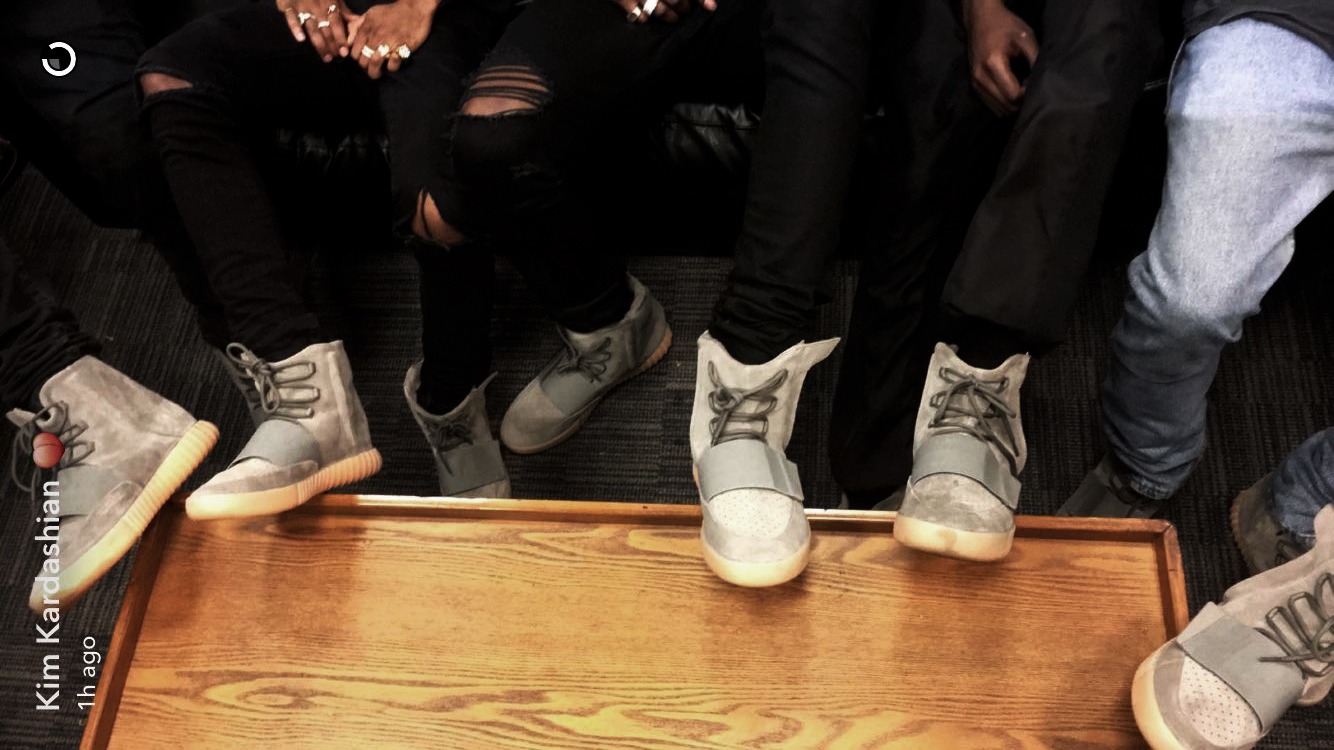