For an unknown reason – probably attention/marketing – Kanye West deleted his Twitter account which of course had millions of followers. He joined Instagram and did the same thing.

Whew! That was exhausting. Ye decided to send a shot at Nike with his first tweet. Apparently he feels Nike “copied” the adidas Yeezy Boost 700 with its updated version of the undefeated dad shoe, the Air Monarch.

In the tweet below which has been deleted, Kanye said “Yeezy 700 Vibes” with a screenshot from a blog post about Nike’s 2018 updated Monarch. How’s that for a welcome back tweet?

There are a few things worth mentioning: 1) Kanye is back on Twitter so that means the album is definitely coming soon 2) Some people are roasting him because of the Yeezy Boost 350 biting the Roshe 3) Clearly Kanye wants some attention and 4) Yeezy Season is approaching (again).

I guess we’ll be hearing a lot more from Kanye soon, so prepare for a lot of Ye headlines. 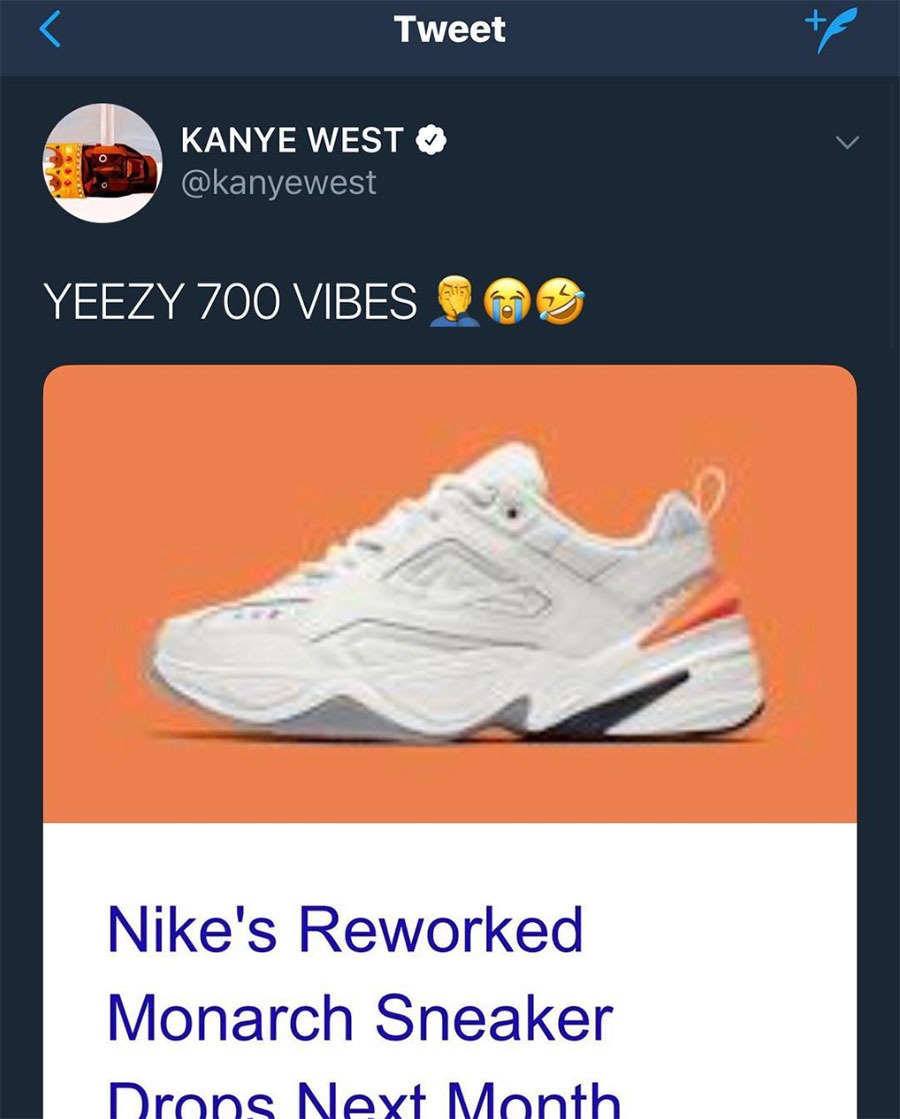