Anything can happen during huge sneaker release and I mean anything.

Kanye West and adidas re-released the Yeezy 350 Boost Pirate Black today and you best believe people were thirsty. Some a lot more than others.

If you try to shop on any other site not named adidas, pairs will most likely be eaten up by bots. It is very common to see resellers leverage the power of their bots for extra money during a hot release.

However, one reseller with went way too far with his requests.

A Twitter user @Yeezus_AllDay (who has since changed his handle) decided to solicit his female sneakerhead followers with a down right disrespectful offer.

In exchange for help with purchasing Yeezys, the reseller was asking for particular photos of female body parts: 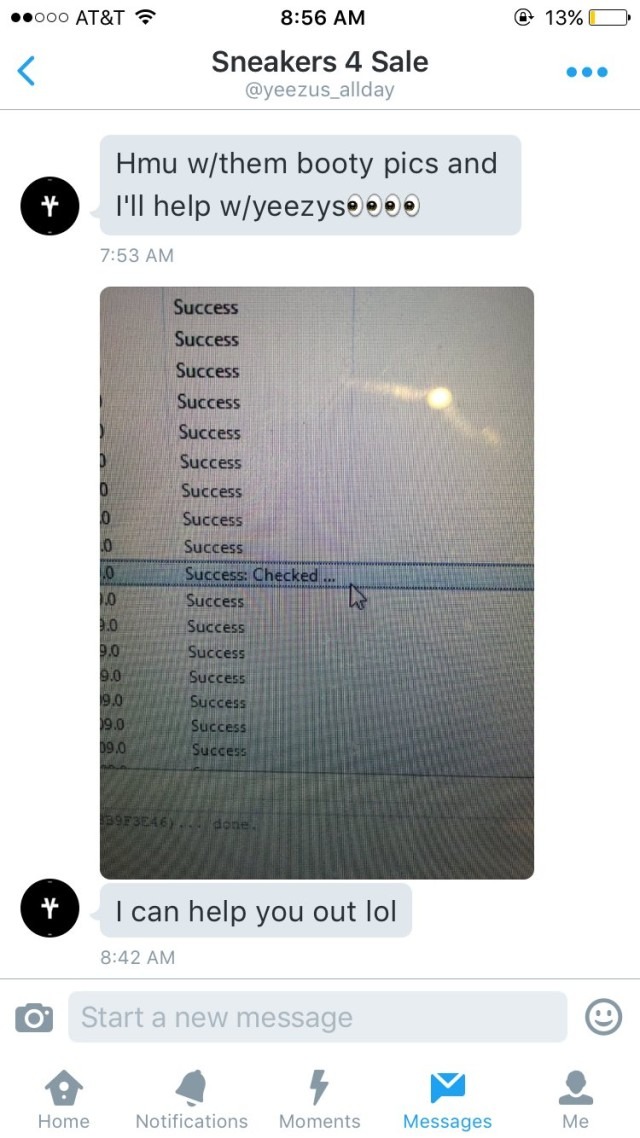 After failing to receive a reply, the reseller sends a screenshot of the Yeezys his bot acquired to try to make his offer more enticing.

The female sneakrhead who was contacted clearly felt offended and posted the screenshot on Twitter. It quickly prompted the reseller to change his Twitter handle.

This type of behavior in the sneaker community is appalling and I hope more women bring light to the issues they face because of gender. It’s not right and no one should tolerate it.

Moral of the story: Sneakers will not get you nudes, it’ll get you and your business exposed.